Year 3 have been learning about Ancient Greece and how to write persuasive letters to save the orang-utans. We have learned about pictograms, bar graphs and money in maths as well as multiplication and division.

In RE we have looked at the Kingdom of God and after half term we will be looking at Sikhism and Hinduism. In Spanish we have been learning about greetings and describing ourselves and in science we have focussed on forces and magnets.

This Spring term in Geography , we will follow the journey of a river. We will learn about the major rivers of the Ganges, Thames, Amazon and Nile.

In Science, we will identify and describe the functions of different plants. We will explore the requirements of plants for life and growth and also investigate the way water is transported within plants.

We will be exploring the world of fairy tales, in particular fractured fairy tales, through the story of the Three Little Wolves. In order for us to learn the story we have added actions to match the words. In the pictures you can see some of the actions.

Our Maths focus will be multiplication and division. Please continue to learn the times tables facts set each week.

In Religious Education, we will learn about the Buddhist and Islamic faiths. We will explore the festivals that they celebrate, their places of worship and many of the traditions that are followed.

We are very excited for a great term ahead as we continue to be together in school again. 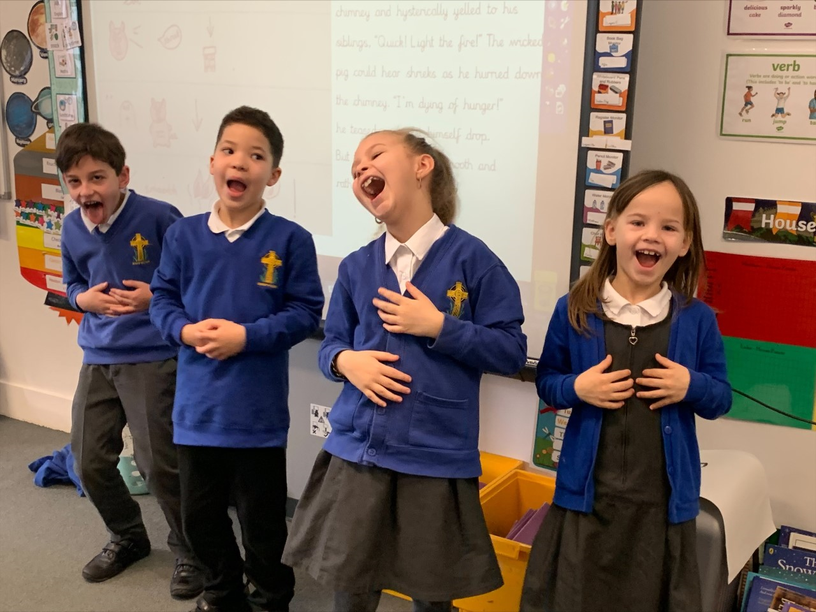 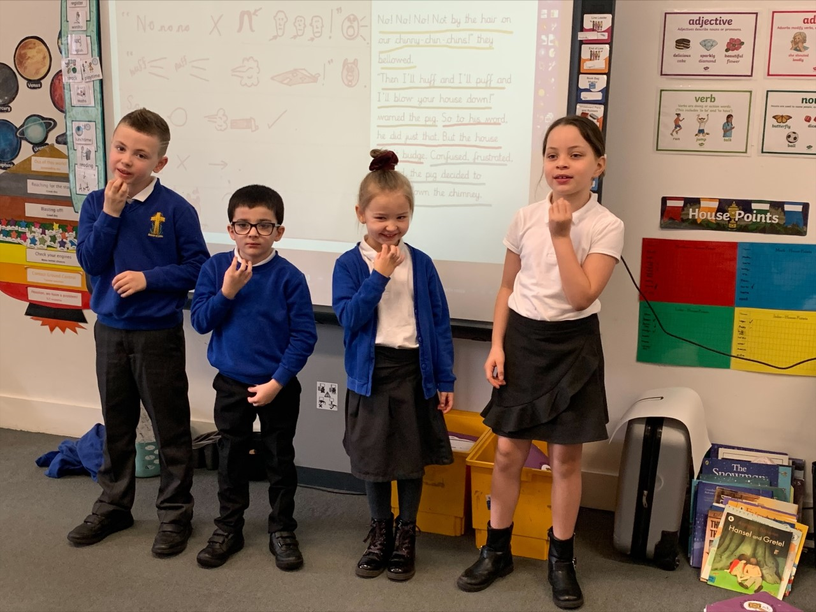 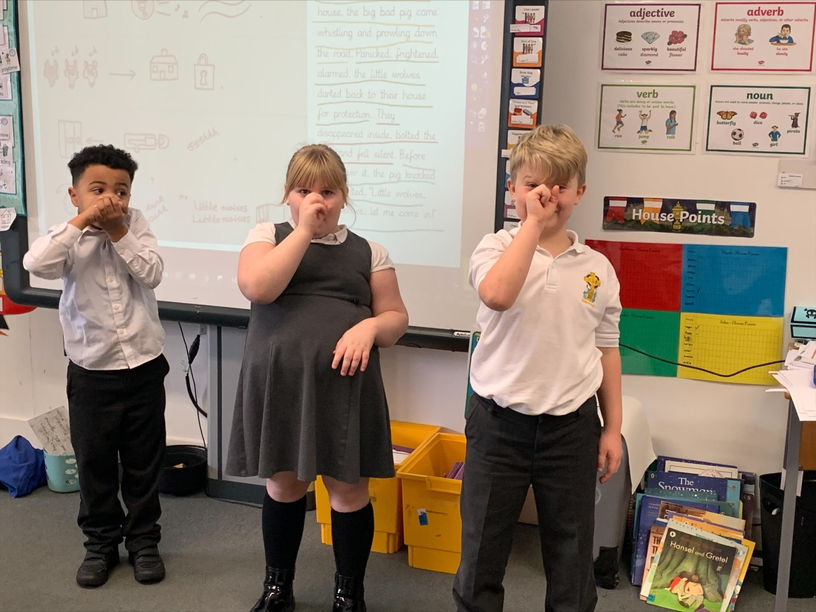 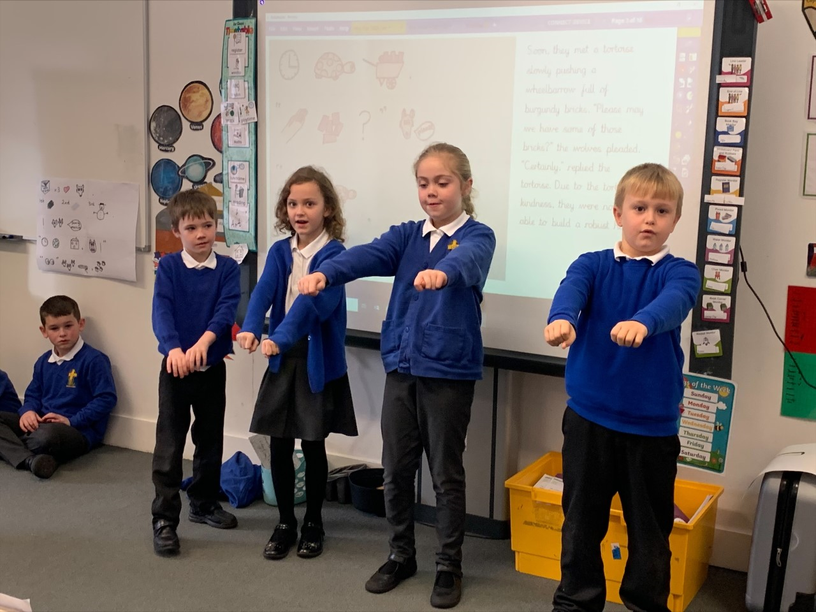 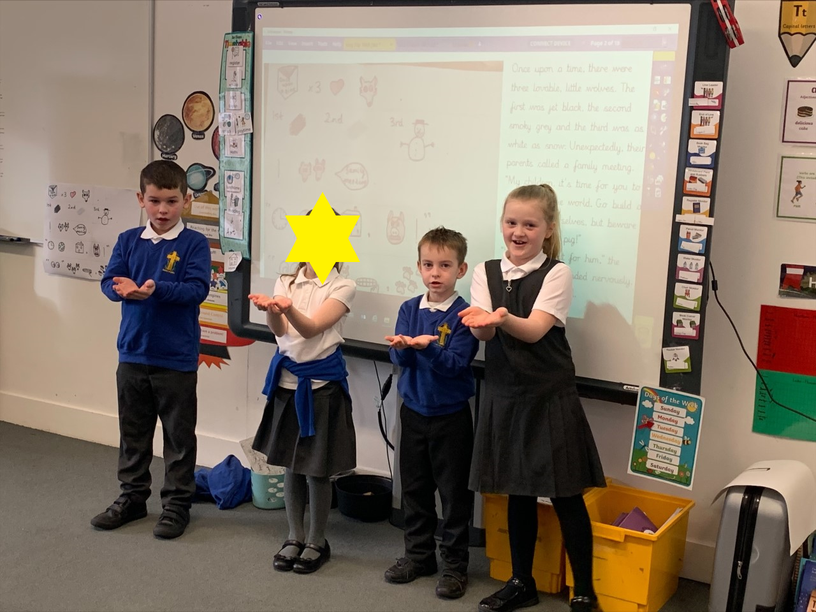 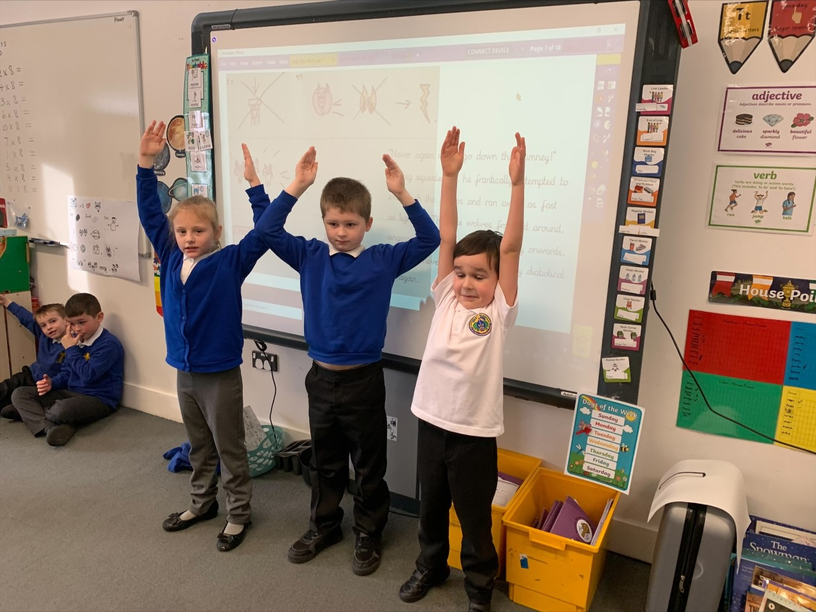 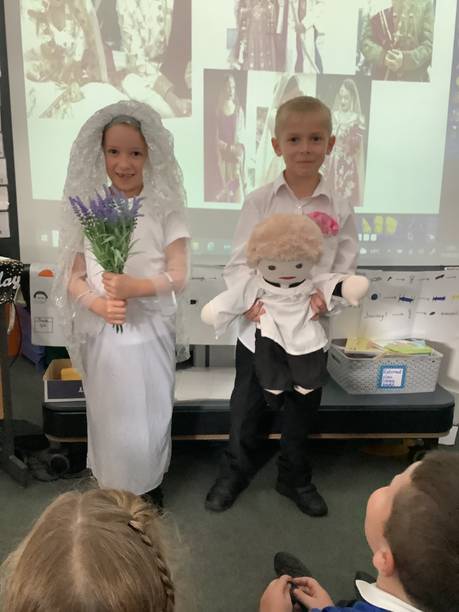 For our English topic we looked at the story Jack and the Beanstalk. We grew beanstalks which we have now taken home as they grew too big for the classroom!. We drew pictures of the beanstalk and we acted out the story. 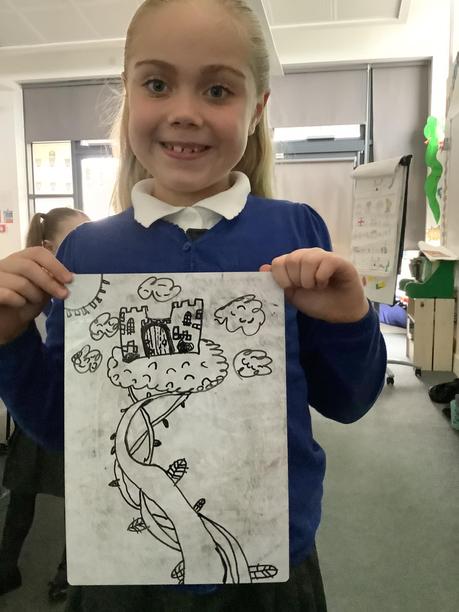 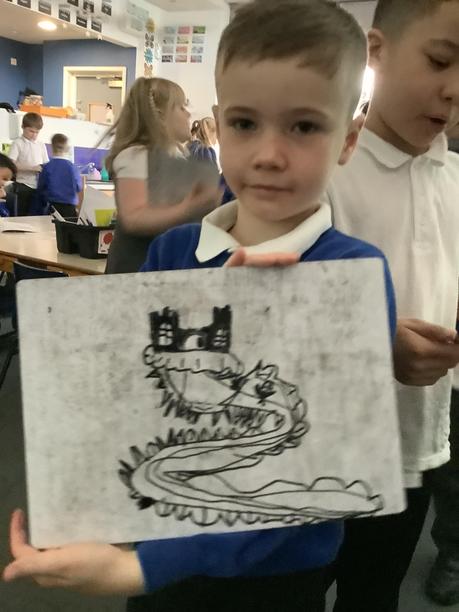 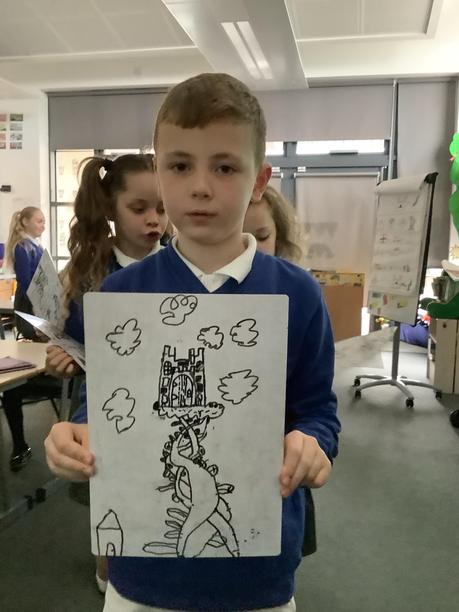 In Religious Education we have been studying the Trinity - God the father, the Son and the Holy Spirit. We looked at various artwork depicting the Baptism of Jesus and we particularly liked the one by Daniel Bonnell as it shows the Trinity in one painting. We used pastel crayons to recreate our own versions. We also drew pictures of our own ideas of the Trinity and we attended a mock Baptism in the church with Andi where we learned about the ceremony, the clothes that Andi wears and what he has to say and the special people who attended such as the family of the baby and the God parents. 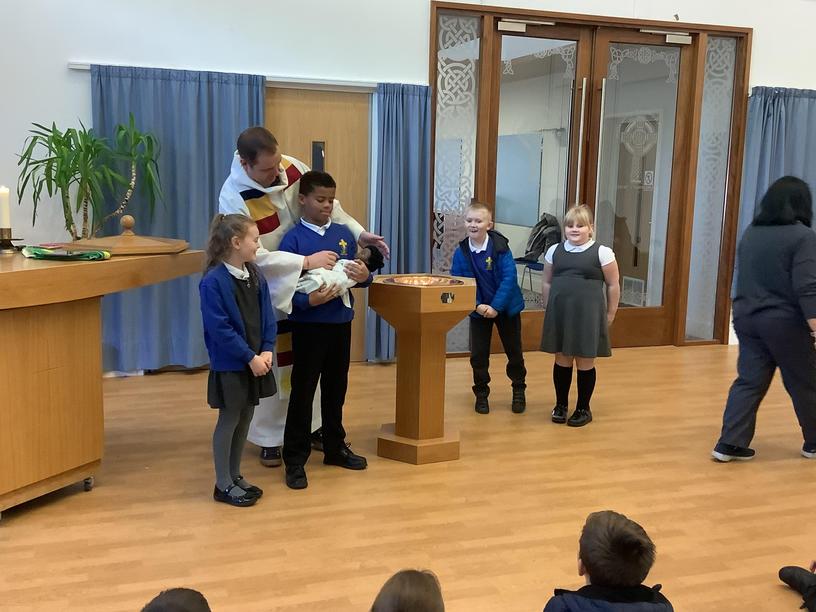 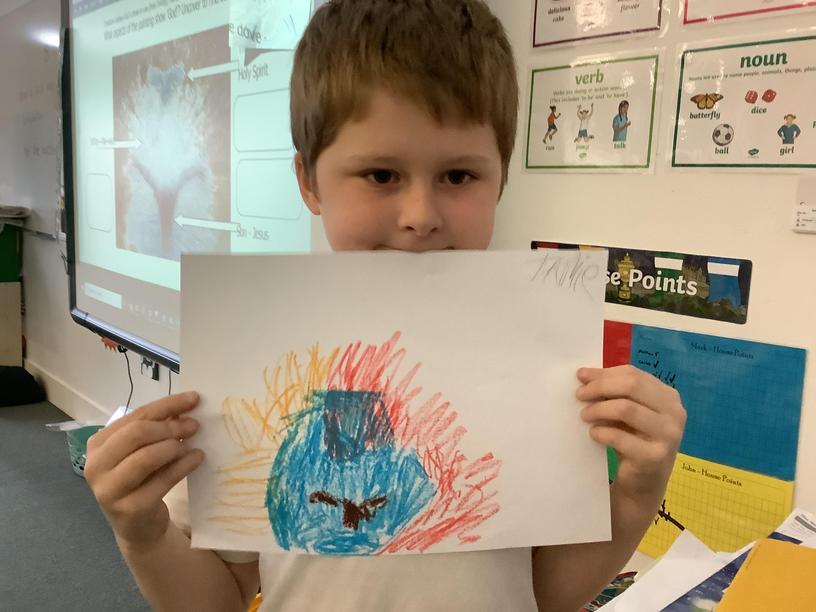 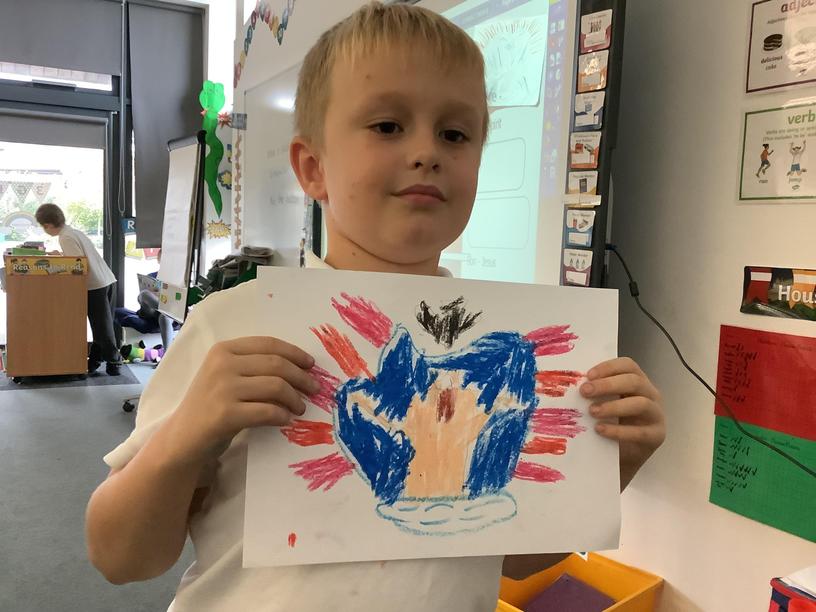 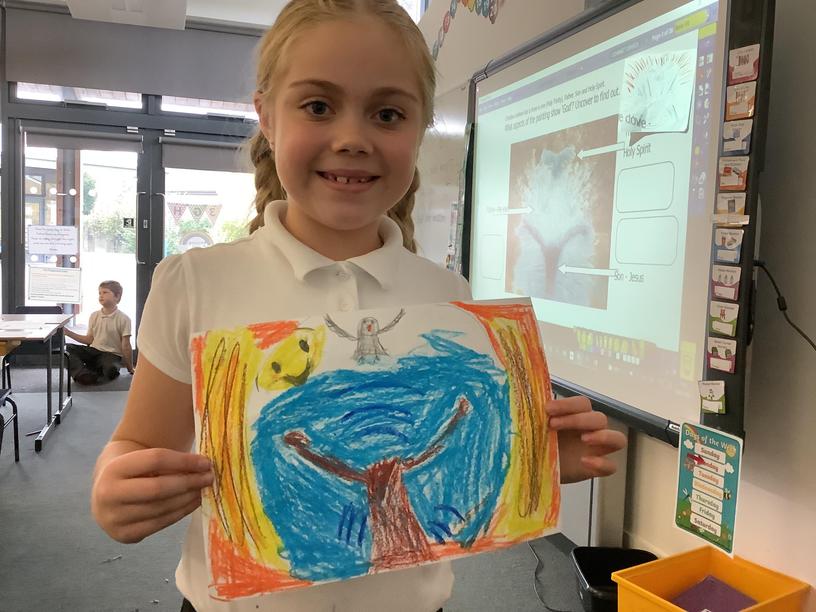 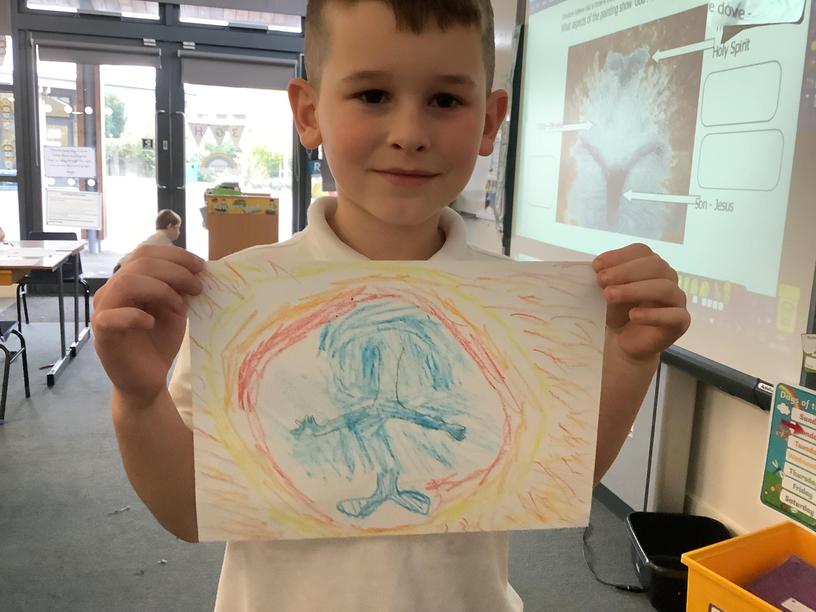 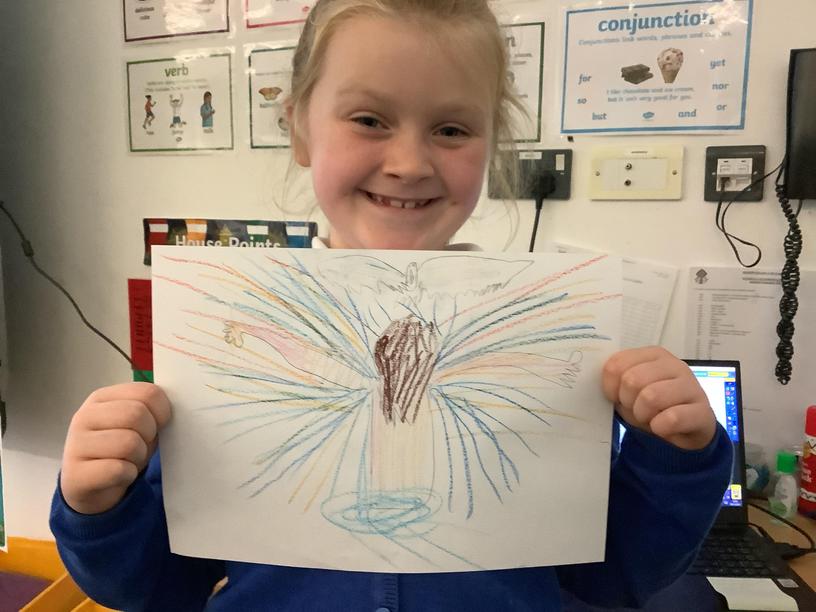 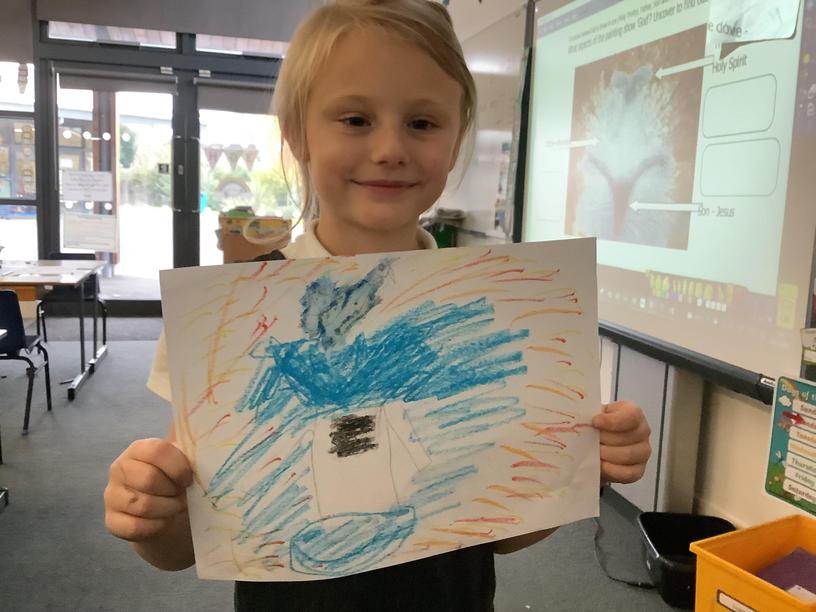 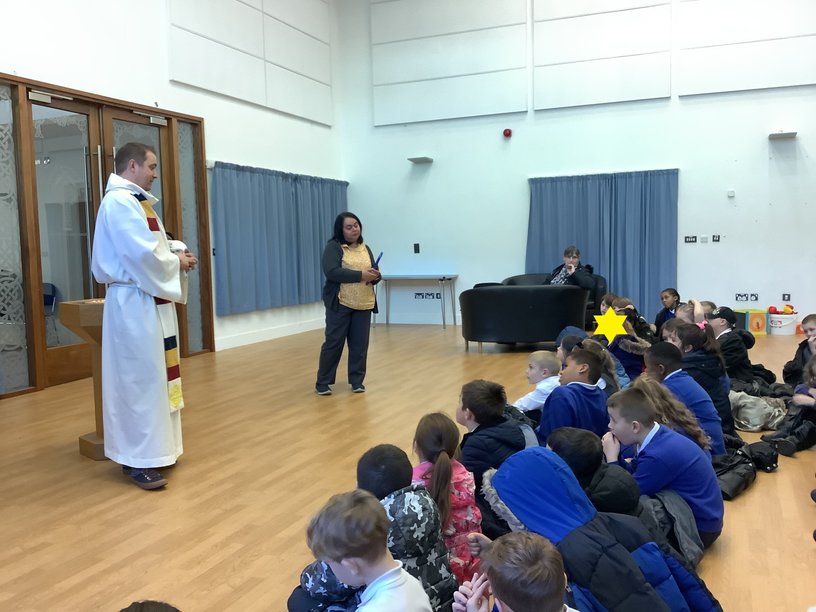 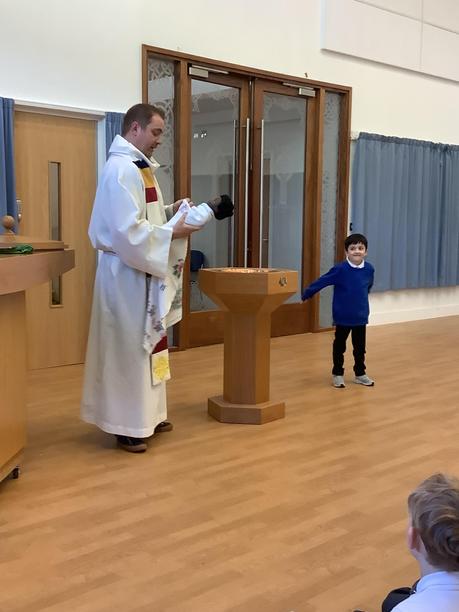 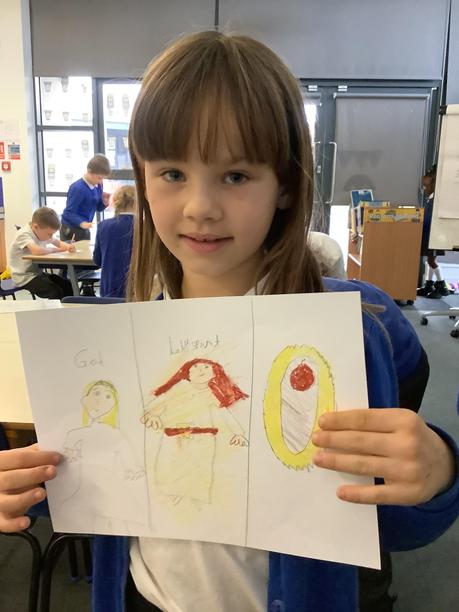 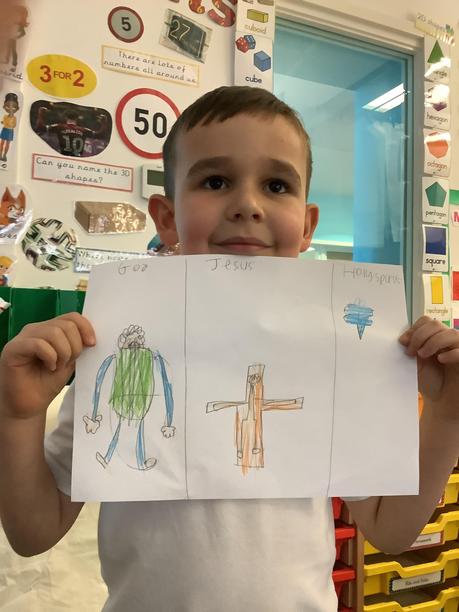 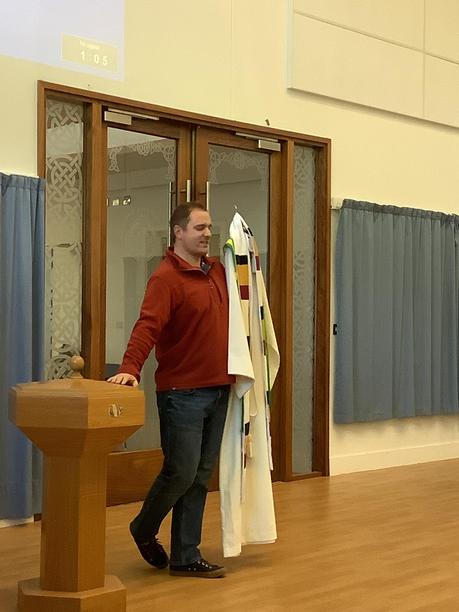 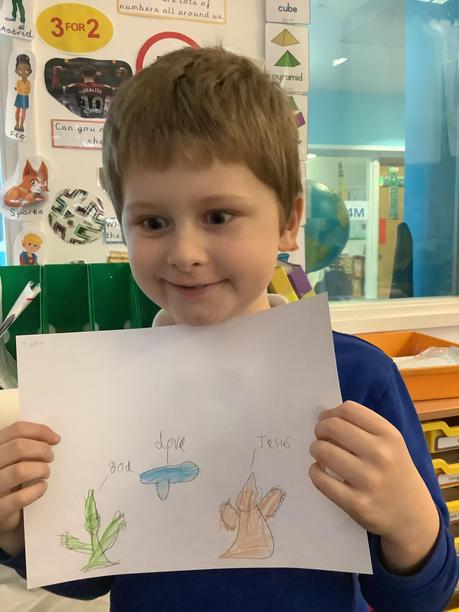 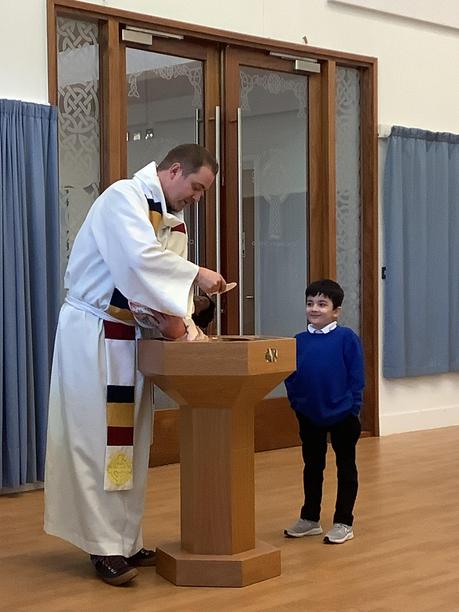 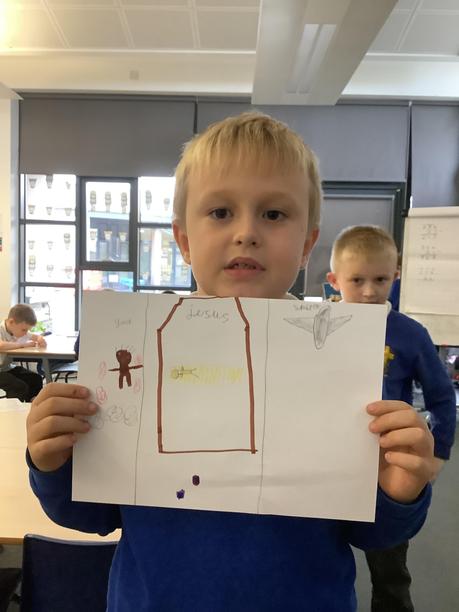 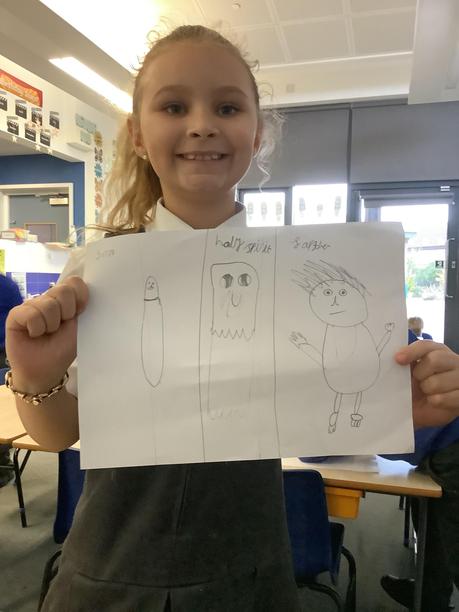 We joined in with odd sock day to support anti-bullying week to show that we can all be different. 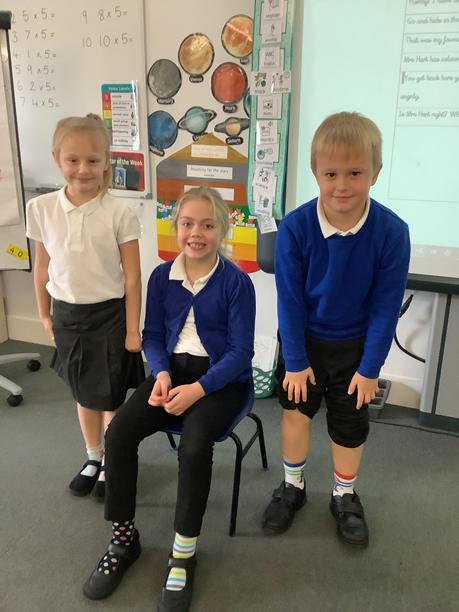 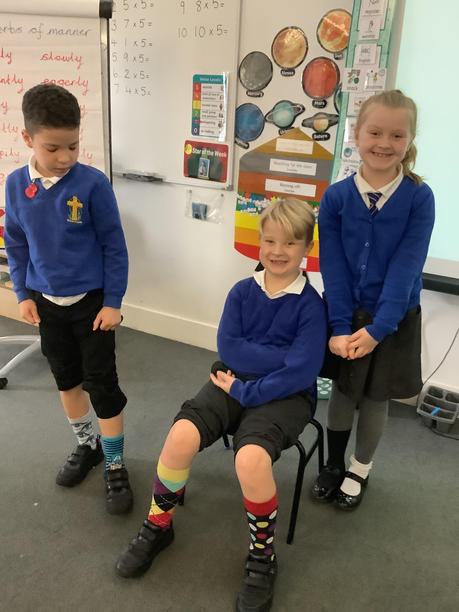 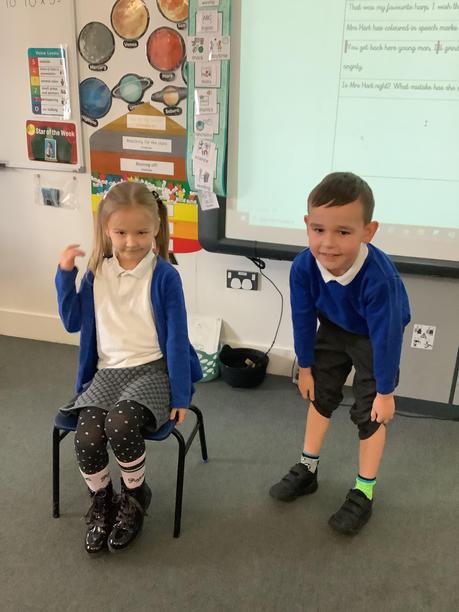 Can’t find what your looking for ?